On June 18, 2019, The Working Group on U.S. RMB Trading and Clearing, the City of London Corporation, and the Sydney for RMB Committee co-hosted the 2019 RMB Global Cities Dialogue at Bloomberg LP’s European Headquarters in London.

As a key fringe event of the 10th UK-China Economic and Financial Dialogue, the 2019 RMB Global Cities Dialogue focused on the opportunities and challenges facing RMB as a global currency. The three hosting organizations, representing key offshore global RMB hubs, convened government officials and representatives from multinationals, investors and banks from around the world. Discussions included the adoption of RMB in local markets, accessing China’s capital markets and using RMB for cross-border payments, funding, and cash management. 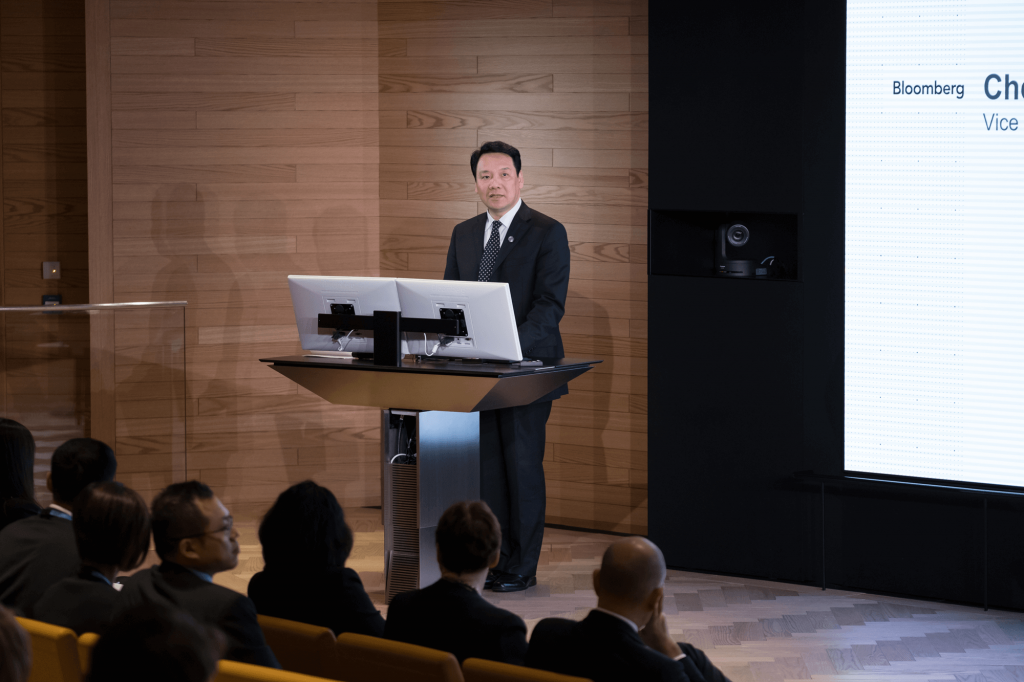 In the closing keynote address, Chen Yulu, Vice Governor of the People’s Bank of China celebrated the market-driven internationalization of the RMB, commenting, “What the authorities have been doing and will be doing is to answer market demand, lift policy barriers and put infrastructure in place. The prospect of RMB internationalization is the outcome of market choices. Meanwhile, China will do its own homework to enhance RMB’s role as an international reserve currency.”

John Glen MP, Economic Secretary to the Treasury and City Minister, also spoke at the event. Glen highlighted London’s innovation, resilience and openness, and reiterated the city’s leadership in and commitment to RMB trading: “London’s enduring qualities of resilience, innovation, and openness are alive and kicking and the city is already the leading destination for RMB trading and investments… I have every confidence that we can unlock the potential that RMB represents. I look forward to working with you and our friends in China and around the world to make this so.”